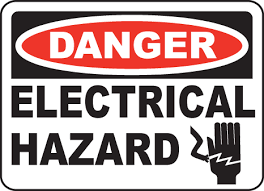 As always, we like to keep our landlords up to date with the latest legislation or changes in legislation. We have just had the following announcement from ARLA Propertymark our governing body.
“The Ministry of Housing, Communities and Local Government (MHCLG) has announced that mandatory five-year electrical installation checks on private rented housing in England will be introduced in a phased approach.
Whilst the implementation date has not yet been clarified, MHCLG has stated its intention to introduce legislation as soon as parliamentary time allows, with letting agents and landlords being given at least six months to familiarise with the new legislation before it comes into force.
A transitional period will apply for two years. In year one, all new private tenancies will be affected and in year two all existing tenancies will come within scope.
Properties that already have a valid electrical installation condition report (EICR) will not need to replace it until five years have passed since it was issued.
Agents must ensure that any inspectors hired to issue an EICR hold the correct qualifications and are competent to carry out the inspection. Tough financial penalties will apply where this isn’t complied with.
Since July 2018, we have been expecting the Government to announce an implementation date for mandatory five-yearly electrical checks. Despite MHCLG’s announcement today, we are still unsure of when exactly that will be. Government needs to publish the corresponding Guidance as soon as time allows.
We welcome the requirement for inspectors to hold the correct qualification and a level of competency, as we have previously called for a competent person scheme specific to private rented sector electrical testing.
The Government must ensure that there is sufficient time for practical implementation to take place. There will be a limited number of practitioners qualified to complete the checks. The rules need to be easy to understand and comply with, for both property professionals and their tenants.”
David Cox
Chief Executive, ARLA Propertymark