What did the Autumn Budget 2018 hold for housing? 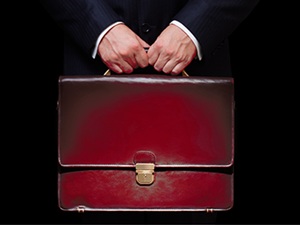 This year’s Autumn Budget was probably one of the most anticipated in recent years, setting out the domestic policy and fiscal measures direction ahead for the UK ahead of Brexit. ARLA Propertymark, our lettings governing body, have clearly outlined below what the Autumn Budget held for housing.

The Chancellor sold the budget as a “budget that paves the way for a brighter future” saying that the era of Austerity is finally coming to an end, and that the country now has a new future outside the EU. He also said that, if necessary, he would extend the 2019 Spring Statement into a full fiscal event.

With the Government spending much of their time and resources on finalising their Brexit deal, it was a budget relatively devoid of fiscal measures which will directly affect the private rented sector, with perhaps the biggest announcement coming in relation to Universal Credit.

As was widely predicted ahead of the budget, the Chancellor bowed to intense pressure from MPs on all sides as well as pressure groups and membership organisations, by announcing an extra £1 billion of funding over the next five years to help aid the transition from areas that have still yet to make the move from the old benefits system to the new benefits package that is Universal Credit. Hammond also promised “additional protection” for those moving onto UC, adding that more details will follow later this year. Work allowances will be increased by £1,000 per annum.

The original plan was that Universal Credit would be fully introduced by 2017, but roll-out has been pushed back several times, with the Full Service – the final, digital version of UC, available for all claimant groups – now not expected to be operational throughout all parts of the United Kingdom until December 2023.

From April 2020 the Government will limit Lettings Relief to properties where the owner is in shared occupancy with the tenant, and reduce the final period exemption from 18 months to 9 months.

Chancellor Hammond also announced a financial package aimed at boosting the UKs high streets, which will include £900 million in business rates relief, cutting business rate bills by a third for almost half a million small businesses.  A further £675 million co-funding injection (aptly named the Future High Streets Fund) is set to be introduced over the next four years and will allow towns and cities to redevelop under-used retail space into homes and offices, providing help to restore High Street properties and put historic buildings back into use. He said it would help with the housing challenge whilst increasing footfall in town centres.

Gary Harper. CEO of Propertymark Industry Supplier, Reapit said: “Cutting business rates by a third for smaller businesses could be beneficial to estate agents in the small and mid-sector by helping them to retain their high street presence. However, this may not be enough in isolation with high street spending ever reducing and fewer property transactions resulting in potential losses amounting to £4 billion annually for estate agents. There is more compliance than ever across the lettings sector and more types of relief may be needed or we could continue to see increasing consolidation, as is already happening.”

The Chancellor biggest announcement relating to the sales market was that stamp duty relief would be extended to include first-time buyers of shared ownership properties under £500,000.

Mark Hayward, Chief Executive, NAEA Propertymark commented on this shortly after the budget:

“When the Government announced a stamp duty holiday for FTBs in last year’s Autumn Budget, we said that it was a sticking plaster which did not tackle the wider problem of rising house prices, lack of affordable housing and supply of suitable homes in the UK. Today’s news that this relief is being extended retrospectively to include FTBs in shared ownership properties is unlikely to have any material impact. Our data shows that so far in 2018, 26% of property transactions involved FTBs. This was the same figure as that for the whole of 2017, showing that it hasn’t had a real impact so far, and therefore is unlikely to make a real difference moving forwards.

“Instead of focusing solely on those buying their first home, the Government needs to look at the whole system to ensure it’s working effectively for all buyers, and there are suitable homes for everyone.”

Other key measures taken to address housing supply and planning were:

For fuller information on the direction the letting and sales markets are taking and how it may effect your property options please call Kate Morton, Head of Lettings on 02392 633 020 or Kate Porter, Head of Sales on 02392 633 026