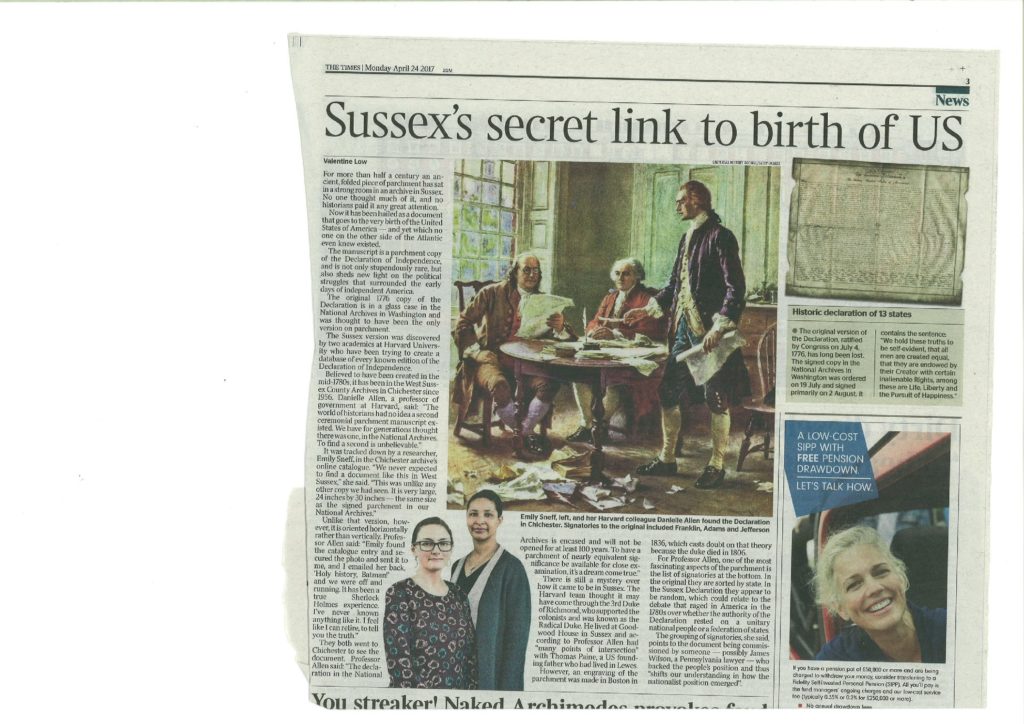 Who could have imagined that one of the most significant documents in American history would be unearthed in Chichester! The Declaration of Independence parchment was discovered in a strong room in Chichester by an historian. Many believed that the only one is existence was across the pond in its rightful place in The National Archives in Washington DC. It is believed that ‘The Radical’ 3rd Duke of Richmond who lived at Goodwood House, might have been responsible for its existence in the county. He had many dealings with one of the founding fathers of the US, Thomas Paine who had lived in Lewes! Great to read about exciting discoveries in our area!